On George Washington, Destroyer of Towns

On George Washington, Destroyer of Towns 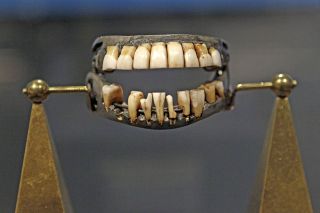 This week we’re honoring George Washington or Conotocaurius (Town Destroyer) as the Iroquois called him, a man who enslaved 316 people and brought nine of them to the White House (Coard, Philadephia Tribune, 2018).

When I was a child, I was told that George Washington was our first president and that he had wooden dentures, but his dentures were not made of wood they were made of human teeth.

In 1789, according to the book “George Washington’s Teeth: An Unconventional Guide to the Eighteenth Century” by Dr. Robert Darnton, Washington had teeth extracted from enslaved people’s mouth and got a full set of dentures made.

Five years prior in an account documented in the “The Private Life of Washington’s Slaves” by Mary V Thompson it states:

I guess this is supposed to let us know that while yes, you historians lied to us for decades about the origins of this stolen country’s first president’s teeth, now you’re telling the truth. Washington was clearly reasonable. He bought teeth from enslaved people. He didn’t just yank them out. See, he really was a good guy, because even white people sold their teeth back then, poor white people got their teeth yanked too.

Why don’t you care about them? What about poor white people. Don’t they matter to you?! This isn’t a Black thing, why do you always have to make this about “the blacks?” 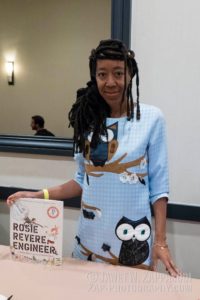 « American Autumn: A Viewer’s Guide A Prayer for Black Futures and Collective Liberation »