Our Movements Work Best When We Listen to the Discomfort

Our Movements Work Best When We Listen to the Discomfort 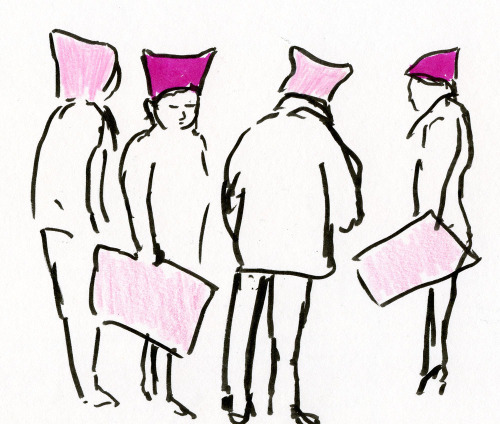 I am not a woman but I am a queer POC of color. We face common enemies but sometimes we become the enemy. I try my best to listen to women so that my behavior is not harmful or at least less harmful to women. My gut instinct in the Grace and Aziz storywas to side with Aziz. This was based on my training to be a toxic male. All of us cis guys get it. I was literally told by an older boy in high school that if I wanted to get laid, that I had to keep pushing a girl past her boundaries, and that eventually she’d give in, and I’d get laid. I was also told that getting laid was the most important accomplishment for a boy and a man. I was given advice to behave how Aziz treated Grace.

My initial sympathies were with Aziz because of how society has trained both of us to treat women. Intellectually, I knew Aziz was wrong but emotionally it was difficult to see him be criticized. I had to stop and listen. I had to read the various opinion pieces and listen to my female friends to help me work past those initial feelings of sympathy. I still feel sympathy for Aziz, but I’m horrified at how much I discounted Grace’s feelings in my initial assessment.

I too love the pink pussy hats. I love the idea that so many women from around the country and the world got together to knit this hats. My Women’s March 2017 experience was beautiful and exhilarating. I see the hat and my heart soars, it takes me back to a magic special moment. Then I started listening to the discomfort and the pain that some women of color feel regarding the hat. This symbol that has personal power for me is hurtful for someone else. I need to take into account that tension. I need to understand that people with whom I am connected (through politics, race, personal connections, etc.) may see a symbol or an event very differently from me. I also need to consider the power differential in our connections, as the power imbalance may perpetuate harms. For example, as a man, my perspective may unconsciously be supporting a status quo that favors men.

I can’t speak for feminism, but I can speak as a gay man of color. I believe our movements (for me racial equality and advancement of LGBTQIA rights) work best when we stop and listen so that we can address the discomforts of our members and our allies. I think it is critical that we pay extra attention to the voices of those who come from the groups that are more marginalized and have less structural power than ourselves.