The hating on Roseanne is deserved. But I’m mainly sad about it. That show’s representation of working-class family life meant something in the late 80s and early 90s. I’m sad for the path she went down (for at least the better part of 6 years if not more), sad for where she ended up, sad that her firing will make her a “martyr for the cause” of working-class Trumpism, and sad that the US will probably be working through residues of working-class Trumpism long after Trump is gone. The Roseanne racist self-destruction flameout feels like a symbol for a whole series of losses.

And yeah, I know that there are 90 bajillion analyses “proving” that well-off voters, not working-class people, are “responsible” for Trump, and also proving that Trumpism is more motivated by racism than economic anxiety. (To the latter, I usually want to scream … well, why such a big resurgence of racism *now*, Einstein?) I avoided diving in deep to that whole discussion, because the discussion itself makes me upset, and I suppose in the back of my mind, part of that is that it still feels like an elitist discussion, even when it is taking place (in very small part) in socialist publications. And then I remember that intellectually, yeah, I am probably 90% an elitist at this point, and when I feel revulsion at elitism, it is probably mostly a dim memory of feeling out of place rather than anything still very real about me. I don’t know that I really understand the theory of the declassed intellectual, but I feel it in some way. I dropped my Kansas drawl, got educated, moved around the country, re-adopted my Kansas drawl, got challenged on my own vestigial bits of cultural conservatism, dropped them in fits and starts over 15 years, flirted briefly with “working-class separatism,” went to grad school in a program that always gets mocked for elitism even though it has been home for a lot of decidedly non-traditional students, decided that that re-adopted Kansas drawl was just an affectation and dropped it again, finally learned how to shop in a fancy California grocery store without having a panic attack, moved around the world, and learned that I can adapt to very different situations. I feel the loss of my own thinking having less and less organic connection to anything as the years go by.

Roseanne Barr is probably in these terms a declassed intellectual too, just one with a lot more money and fame. Those can seriously distort your thinking, if you don’t have some kind of political organization to keep you accountable and you … well, have tendencies towards racism and a really reactionary form of Zionism. (And Trump is just a rich boy who stumbled upon the lazy man’s road to demagoguery.)

And I don’t know, the hope is probably just in other kinds of things, not even necessarily TV shows. Teen Vogue leading the way to the barricades, some podcasts and YouTube series I’ve never bothered with; I hear that there are some decent working-class oriented sitcoms these days, but to be honest, I haven’t bothered with them either, since I’m mainly watching the same prestige dramas as my intellectual friends. It’s probably a rich cultural landscape. Even if you believe in the idea of a cultural front, I don’t know that Roseanne’s transformation into a troll / court jester in the service of reaction would register as such a monumental loss.

And yet, for some of us who grew up in a certain time and saw partial reflections of our struggling, imperfect, sometimes dysfunctional, out of money until the end of the month families in her TV family, it does register as a loss. She may get some airtime on Fox or Alex Jones now, but I doubt she will stick in any of those circles in any influential way. She’s still a loud, brassy woman who doesn’t fit into any of the roles that conservative women are expected to fit into. And I know this train left the station long ago, but darned if she shouldn’t have been trolling for our side.

The problem with these medium.com shock pieces is that they’re demobilizing. It’s hard to tell how much of Trump’s first week is strategy and how much of it is incompetence. But we know that one thing that has slowed previous Republican over-reaches (Contract with America, government shutdowns, etc.) is protest and outrage, and this week has seen a bigger and quicker mobilization than many.

Meanwhile, the Jake Fuentes piece suggests that protesters may be unwitting pawns in Trump’s game, and the Yonatan Zunger piece suggests that a goal of Trump’s actions is to create “resistance fatigue.” Both of these arguments are so bad that refuting them makes you dumber. Neither author has any deep knowledge of or experience thinking about social movements. Fuentes is an executive or mid-level manager, I can’t quite tell which, at Capital One. Zunger is a computer engineer for Google. (I’m sure that there are lots of computer engineers who have interesting things to say about social movements, but to do so, you have to put in some time studying them. Zunger’s articles don’t suggest a deep engagement with the topic.)
Even Michael Moore has gotten in on the action. And he does have a deep engagement with politics and social movements. But he’s also notoriously inconsistent.

Keep up the pressure! I have no idea how things will unfold, but this is a president who is historically unpopular as a newly elected president, with a majority in Congress which is suspicious of much of his agenda and a national security establishment that is at least partly quite concerned about him, too. The leaders of major, mainstream corporations have been speaking out loudly and confidently against the signature policy of his first week. That sounds more like a recipe for a coup against Trump (oddly contemplated here in a Chicago Tribune commentary) than a coup by him. (And for the record, we shouldn’t be supporting either.)

There are a few more detailed responses to the claims of these pieces which are worth reading. 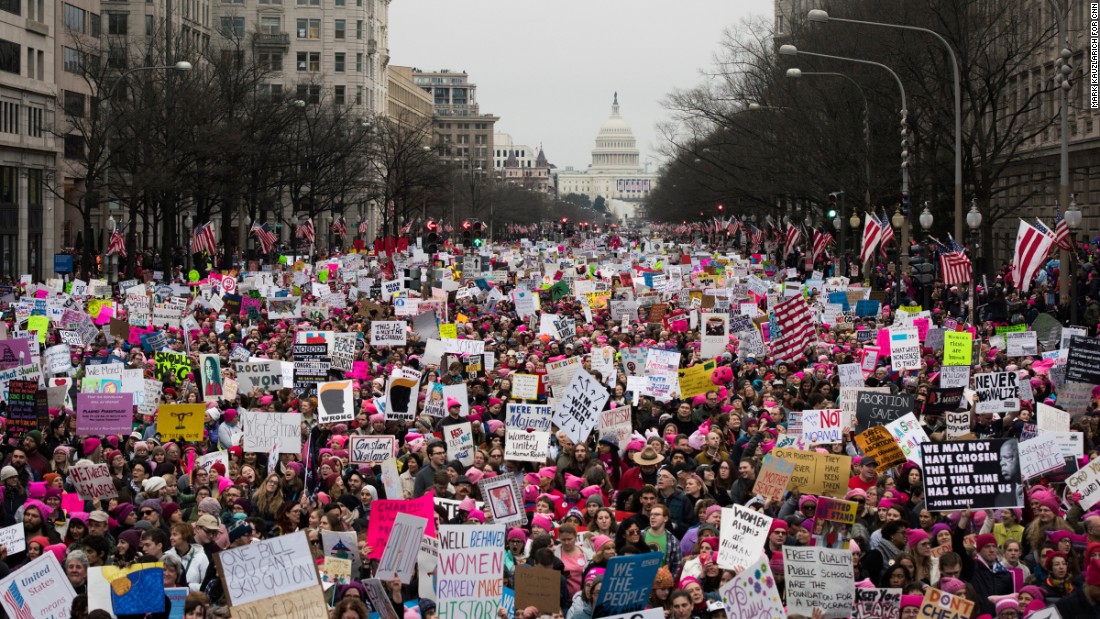 I wonder about the psychological payoff of reading and sharing these kinds of pieces. I love reading them too. Right after Donald Trump was elected, all I wanted to read for a while was climate change apocalypse articles. There’s something exciting (in the analytical sense, not the “fun” sense) about seeing the potential for doom in the present. I feel kind of like the protagonist of Melancholia, reacting differently. I’m not sure that impending doom always produces inaction and quiescense. Obviously the last week has *not* generally produced that. But I wonder if the inital spark of outrage could dull into the quiet contemplation of possible doom if we are not careful. I, for one, felt much better when I was shaken out of that.