Utopia in the Midst of Pandemic: Lessons of the Decameron for Collective Liberation

> Voices > Guest Blog > Utopia in the Midst of Pandemic: Lessons of the Decameron for Collective Liberation 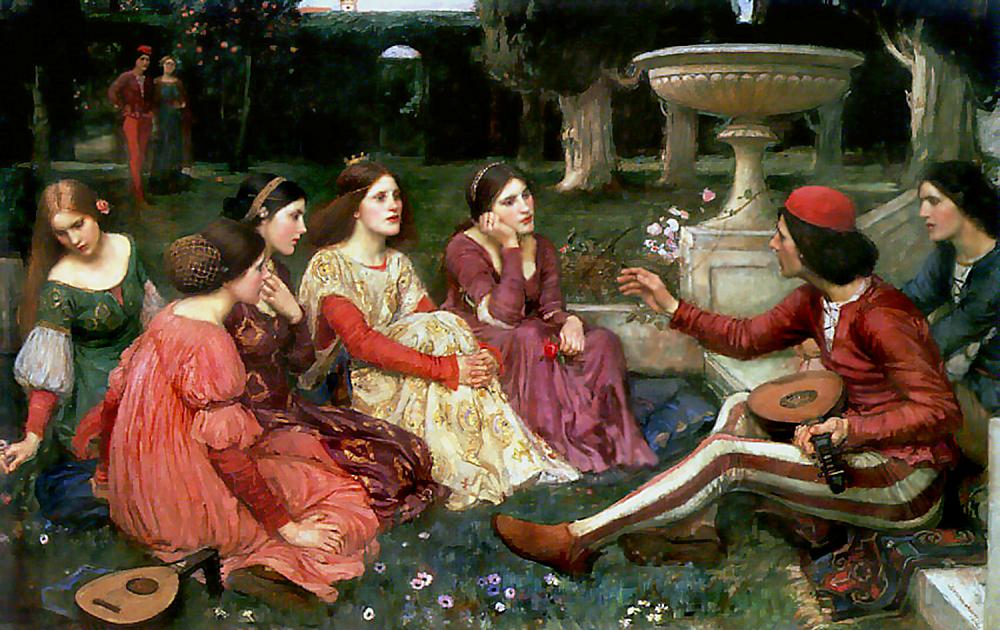 Looking around for articles that highlighted speculative fiction responses to pandemics, I ran across this piece from Alan Yuhas from a few years ago.  Yuhas mentions some obvious things such as Camus’s The Plague and The Walking Dead, etc, but what I found most interesting was a mention of Italian Renaissance writer Boccaccio and his story collection the Decameron:

“Going back to the pop culture of the Renaissance, Boccaccio’s Decameron tells the story of 10 young people who flee the Black Death to the country, where they tell each other funny stories, dirty jokes and the 14th century equivalent of romantic comedies. After a horrifying, surreal introduction that describes the remnants of Florence in the throes of the plague, Boccaccio tells stories of people who, rather than fixate on death or turn on each other, form a little society that celebrates what’s good in life. He reminds us, as do the heroes of The Plague and 28 Days Later, of a lesson that’s too easily forgotten: life lurches on, and we should keep trying to lurch with it.”

Boccaccio wrote these stories in the early 1350s after the plague of Florence that wiped out about half the population.  What Yuhas’s description neglects to mention that the Decameron is actually a piece of utopian literature.  Massimo Riva uncovers a bit of this in a recent interview when the Decameron was starting to spike in popularity at the beginning of the Covid-19 lockdowns:

Beyond the obvious similarities of the book’s protagonists escaping to a villa and Americans holing up in their homes, what themes should contemporary readers look for when reading Boccaccio’s text today?

I would point to the ethical dilemma the ten young protagonists face in their decision to (temporarily) abandon the city. This decision can be interpreted in two different and somewhat opposite ways: as an escape from the common destiny of those who can afford a luxurious shelter (similar to the doomsday bunkers that very rich people build for themselves today); and as the utopian desire to rebuild together a better, more ethical and harmoniously natural way of life, out of the ruins of the old world.

The Decameron is not only utopian in the way it describes these young people setting up a new social arrangement in the midst of their quarantine; but the stories they tell each other are–in addition to stories of pleasure, romanticism, and so on– tales that criticize the Church and the moral hypocrisy of feudal leaders.  In a sense, the Decameron is a series of reflections on the collapse of the feudal order and a celebration the rise of the bourgeosie in Italy. Of course, the utopia being celebrated in the Decameron is now the one on the brink of collapse (and hardly turned out to be a utopia for many millions of human beings).  But there is a bigger lesson here.

What this should remind us is that moments like this Covid-19 pandemic are occasions for us to engage in some radical imagining about the limits of the old social order and for new skills, habits, perspectives, and forms of solidarity.  These old utopian stories should warn us that going back to normal after shocks like this is not possible, or even desirable.

So how do we now gather to tell these necessary stories for the building of more collectively liberatory society?