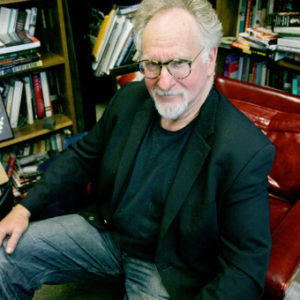 Mark Naison is a Professor of African-American Studies and History at Fordham University and Director of Fordham’s Urban Studies Program. He is the author of three books and over 100 articles on African-American History, urban history, and the history of sports. His most recent book White Boy: A Memoir, published in the Spring of 2002, was reviewed in the New York Times, the Nation and the Chronicle of Higher Education and was the subject of feature stories on Black Entertainment Television, New York One News and the Tavis Smiley show on National Public Radio. One of his most popular courses at Fordham, “From Rock and Roll to Hip Hop: Urban Youth Cultures in Post War America” has also received media attention, becoming the subject of stories on National Public Radio, Bronx Net, and WFUV. His most recent course, “Feeling the Funk: Research Seminar on Music of the African Diaspora” focuses on Latin and Caribbean traditions on American Popular Music.

The Bronx African-American History Project, Dr Naison’s most recent venture, was launched collaboratively with the Bronx Historical Society in the Fall of 2002 ( see Project website www.fordham.edu/baahp). Since that time, Dr Naison has conducted over one hundred and fifty interviews with African-American professionals, community activists, business leaders and musicians who grew up in Bronx between the 1930’s and the 1980’s. The first product of this research ” It Takes a Village to Raise a Child: Growing Up in the Patterson Houses in the 1950’s- An Interview With Victoria Archibald Good” was published in the Spring 2003 issue of the Bronx County Historical Journal and a second article “From Doo Wop to Hip Hop: The Bittersweet Odyssey of African Americans in the South Bronx” was published in the Spring 2004 issue of that journal. Naison has also begun working on two books related to the BAAHP, a collection of oral histories entitled “Before the Fires: An Oral History of African American Life From the 1930’s to the 1960’s, ” and a memoir written by Allen Jones entitled “The Rat That Got Away.”

When not doing historical research, Naison likes to play tennis, golf and basketball, and make periodic forays into the media. He has appeared on the O’Reilly Factor, the Discovery Channel’s Greatest American Competition (as Dr King’s advocate), and on the Dave Chappell Show, where his “performance” has been preserved on that show’s Second Year DVD.

You can also see also Dr Naison’s blog, “With a Brooklyn Accent.”