Christian Matheis is a doctoral candidate (ABD) at Virginia Tech conducting research in ethics and political philosophy in the Alliance for Social, Political, Ethical and Cultural Thought (ASPECT). He holds a B.S. in psychology and an M.A. in applied ethics with graduate minors in ethnic studies and sociology, both from Oregon State University. Among his research interests he includes feminist philosophies, philosophies of race, border epistemologies, Latin American philosophies, and anarchist thought.

By Christian Matheis (June 21, 2019) “What do I tell my kids?” a student asked me last spring in an intro class on community problem solving. She, African-American and one of the few (4, she tells me) on the municipal police force of around 450 officers, caught my words.   “What do I tell my kids???” she repeated as...
Read moreRead More »

How Can We Make You Stop? They Can't. A Guide for Marginalized People Who Challenge Discrimination 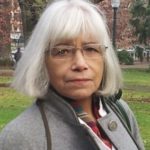 By Christian Matheis (June 20, 2019) One of the things that happens to people from underrepresented backgrounds when they begin to advocate for themselves, including when they challenge patterns of institutional / systematic discrimination: attempts by people in positions of authority to get you to doubt your reality. We need to call this what it is: an attempt to get...
Read moreRead More »

There is No Hierarchy of Freedom and Liberty: Another Gift from Audre Lorde 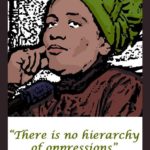 By Christian Matheis (November 14, 2016)     In the 19th and 20th century, when the U.S. was formally, legally segregated under Jim Crow laws, regressives cried “freedom! liberty!” in order to paint a false moral picture of their ill-gotten, mean-spirited grip on political and economic power. When activists responded with efforts to desegregate, those who opposed civil rights often...
Read moreRead More »

Antonin Scalia's Legacy and the Righteous Machinations of Law

Why Don't the Names of Gun Manufacturers Make the News?

Posted on October 5, 2015 by anarres1
By Christian Matheis (October 5, 2015) “He patted the thing he wore on his belt, a metal object like a deformed penis, and looked patronizingly at the unarmed woman. She gave the phallic object, which she knew was a weapon, a cold glance.”  The Dispossessed, Ursula K. Le GuinRead More »

Political Explosions Versus Moral Harmony: Can anarchists imagine another sort of liberated radical?

What's the Retail of Two Cities?

Posted on February 9, 2015 by anarres1
By Christian Matheis Imagine you hold a particular place truly sacred. Perhaps a town, or a building, or a region. Let’s give the image a bit of life. The place, your most cherished, holds sacred for your community.  As the sine qua non – that without which nothing else in your life can matter – you consider it holy, divine,...
Read moreRead More »

Posted on November 4, 2014 by anarres1
Chris Dixon ends his recent book Another Politics:  Talking Across Today’s Transformative Movements with a series of questions that are meant to confront and guide the direction of future organizing projects.  Some of these questions have to do with electoral politics:  How should people dedicated to anti-authoritarian politics relate to this sphere?Read More » 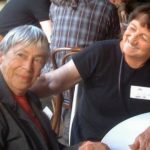 The Anarres Project for Alternative Futures takes its inspiration, in part, from the imaginative work of Ursula K. Le Guin.  For decades, her speculative fiction has woven together fantastic worlds with reflections on the nature of human life and the meaning of a socially just world.Read More »

What We Broke the First Time

Posted on July 24, 2014 by anarres1
Pressing the Restart Button on Liberatory Movements By Christian Matheis   Recently, I posted the following question on a social media site:   If feminism hit the reset button and we got to fix what we broke the first time, what would the do-over look like?Read More »

Inequality, political cheating, and liberatory thought in the 21st century By Christian Matheis   In a recent opinion piece in The New York Times, Joseph E. Stiglitz addressed the dismal condition of U.S. domestic policies and political machinations. Rebuking the regressive view that with democratic liberties we must also live fated to the dominance of capitalist industries, Stiglitz rightly takes...
Read moreRead More »

What's the Appeal of Marriage Equality?

By Christian Matheis By the middle of 2014, legislative, judicial, and electoral actions in 19 U.S. American states have paved the way for nationalized access to marriage for adult couples without restriction to sex or gender. The movement for “gay marriage” or, more inclusively, “marriage equality” has gained broad support in social, political, and economic facets of contemporary U.S. society....
Read moreRead More »