We Need a March on the Concentration Camps

We Need a March on the Concentration Camps 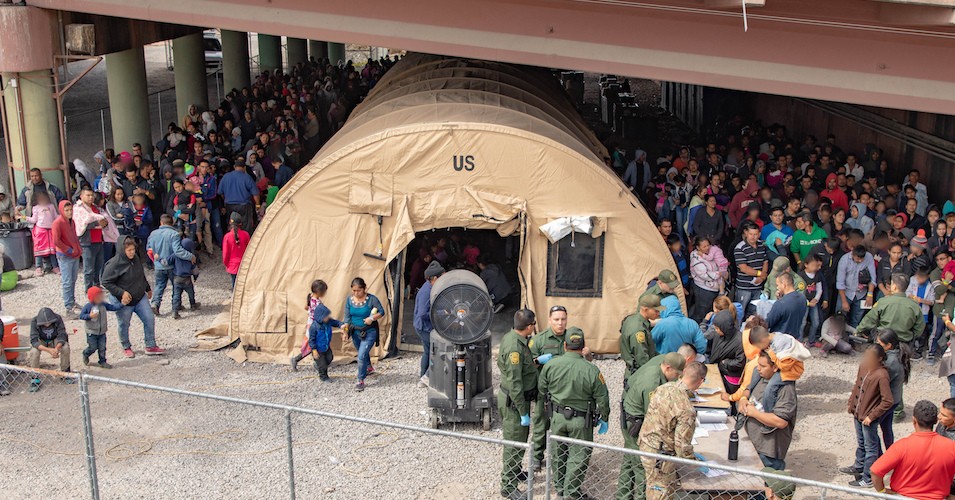 We need a massive march on the border, tens of thousands who will peacefully, nonviolently disrupt the machinery of ethnic cleansing, to give aid to migrants, to witness and record the concentration camps, the killings, the torture, the ethnic cleansing.

The Left is good at mobilizing in large-scale protest: the anti-globalization movement, the anti-Iraq War protests, immigrant rights, Occupy Wall Street, Black Lives Matter, Standing Rock. All these mass mobilizations took place in the last couple of decades. All these movements helped shift the national debate.

The Left has the power to shift the national discourse. To make it clear we are not just going to let this happen in our name, we will use our bodies and brains and hearts to stop this and force everyone in this country to pick a side: either you’re with humanity or you’re with fascism.

If Trump wins again, full-blown fascism is a distinct possibility. This is about what path humanity takes. This is a moment where we need to stand up and stop what is happening. Whatever price we pay is nothing compared to that these migrants are already suffering.

There are far more of us than there are of them.

« The Death of Revolutionary Thought: What the Game of Thrones Finale Revealed About Ourselves How Can We Make You Stop? They Can’t. A Guide for Marginalized People Who Challenge Discrimination »