The Grotesque Immorality of the US War Against Viet Nam, Laos, and Cambodia

> Voices > Guest Blog > The Grotesque Immorality of the US War Against Viet Nam, Laos, and Cambodia

If the Burns-Novick 18 hour, 10 part PBS Series is to be an authentic revisiting the US War, then brutal honesty is necessary, which would certainly prevent such a pubic airing funded by US corporate monies.

As a Viet Nam veteran, I know the kinds of pain and suffering incurred by over three million US soldiers, marines, sailors, and airmen, more than 58,000 of whom paid the ultimate price whose names are on The Vietnam Wall in Washington, DC.

However, if there is any redemption to the US culture It is imperative to identify very concretely the pain and suffering we caused the Vietnamese, the Laotians, and the Cambodians – people who only wanted to be independent from foreign occupiers, whether Chinese, France, Japan, or the United States of America. It was not a civil war, as the US concocted it to preserve imperial interests in Asia. The footage and stories told by Burns and Novick will be entertaining as war stories usually are, even sickening sometimes, and even educational, but will not ask or pose the fundamental questions that are imperative for the US American public to understand the utter immorality and diabolical nature of the criminal US invasion, occupation, and destruction of civilian societies committed with malice aforethought. In effect, the documentary will distract from any serious questions to challenge the myths of the US culture and nation state that have been perpetuated since our origins.

As honorably, and in some cases heroically, our military served and fought in Southeast Asia, we were nonetheless serving as mercenary cannon fodder for reasons other than what we were told. When I came to understand the true nature of the war, I felt betrayed by my government, by my religion, by my schools, by my family – in effect by the total cultural conditioning into “American Exceptionalism,” which did a terrible disservice to my own humanity, and in fact a disservice to all of us.

I am staggered by the amount of firepower the US used, and the incredible death and destruction it caused on innocent people:
• Seventy-five percent of South Viet Nam was considered a free-fire zone (i.e., genocidal zones)
• Over 6 million Southeast Asians killed, in Viet Nam, Laos, and Cambodia
• Over 64,000 US and Allied soldiers killed
• Over 1,600 US soldiers, and 300,000 Vietnamese soldiers remain missing
• Thousands of amputees, paraplegics, blind, deaf, and other maimings created
• 13,000 of 21,000 of Vietnamese villages, or 62 percent, severely damaged or destroyed, mostly by bombing
• Nearly 950 churches and pagodas destroyed by bombing
• 350 hospitals and 1,500 maternity wards destroyed by bombing
• Nearly 3,000 high schools and universities destroyed by bombing
• Over 15,000 bridges destroyed by bombing
• 10 million cubic meters of dikes destroyed by bombing
• Over 3,700 US fixed-wing aircraft lost
• 36,125,000 US helicopter sorties during the war; over 10,000 helicopters were lost or severely damaged
• 26 million bomb craters created, the majority from B-52s (a B-52 bomb crater could be 20 feet deep, and 40 feet across)
• 39 million acres of land in Indochina (or 91 percent of the land area of South Viet Nam) were littered with fragments of bombs and shells, equivalent to 244,000 (160 acre) farms, or an area the size of all New England except Connecticut
• 21 million gallons (80 million liters) of extremely poisonous chemicals (herbicides) were applied in 20,000 chemical spraying missions between 1961 and 1970 in the most intensive use of chemical warfare in human history, with as many as 4.8 million Vietnamese living in nearly 3,200 villages directly sprayed by the chemicals
o 24 percent, or 16,100 square miles, of South Viet Nam was sprayed, an area larger than the states of Connecticut, Vermont, and Rhode Island combined, killing tropical forest, food crops, and inland forests
o Over 500,000 Vietnamese have died from chronic conditions related to chemical spraying with an estimated 650,000 still suffering from such conditions; 500,000 children have been born with Agent Orange-induced birth defects, now including third generation offspring
• Nearly 375,000 tons of fireballing napalm was dropped on villages
• Huge Rome Plows (made in Rome, Georgia), 20-ton earthmoving D7E Caterpillar tractors, fitted with a nearly 2.5-ton curved 11-foot wide attached blade protected by 14 additional tons of armor plate, scraped clean between 700,000 and 750,000 acres (1,200 square miles), an area equivalent to Rhode Island, leaving bare earth, rocks, and smashed trees
• As many as 36,000,000 total tons of ordnance expended from aerial and naval bombing, artillery, and ground combat firepower. On an average day US artillery expended 10,000 rounds costing $1 million per day; 150,000-300,000 tons of UXO remain scattered around Southeast Asia: 40,000 have been killed in Viet Nam since the end of the war in 1975, and nearly 70,000 injured; 20,000 Laotians have been killed or injured since the end of the war
• 13.7 billion gallons of fuel were consumed by US forces during the war
If there was space for all 6,000,000 names of Southeast Asian dead on the Vietnam Wall in Washington, DC, it would be over 9 sobering miles long, or nearly 100 times its current 493-foot length. 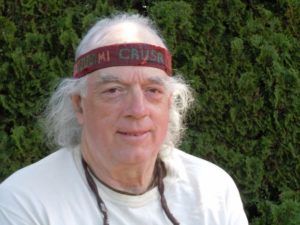